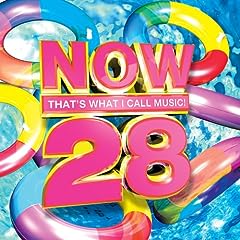 Everyone has to remember at least one Now CD. It's short for Now That's What I Call Music! in case you didn't know. Some of the heavy hitters from the most recent Now are:

As you can see this Now is a veritable bevy of Top 40 singles. But don't fret, some of pop's best rejected dumpster babies are here too. There's obvi a lot going on on this thing. Since I used to work at the 99X radio station, which shared a floor with Q100 (the Top 40 station), I hate popular music. I have to emphasize because I actually love pop music, but I can't stand popular music.

Um, except for "Tears On My Guitar" by Taylor Swift. Oh shit, do I love that song.

Moving on, with the rushing excitement of Now 28's debut, I thought I would do some research. It's been 28 years of great music, right? There have got to be some amazing tracks between now and 1980. Let's see...here is the tracklisting for Now 1: 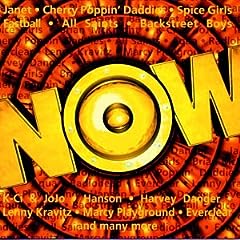 Holy shit! Even though I wasn't born in 1980, I remember almost all of those songs. I used to rock out to Spice Girls, Janet, Marcy Playground, and THE BACKSTREET BOYS!!! like it was going out of style.

Back Words: NOW, Oh Memories, When Will It End

the first now (that you have the playlist of) actually came out in 1998, which i remember because i got it for my birthday in kindergarten :)