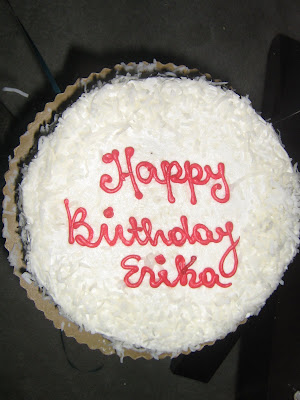 Today is my birthday! Did you read the post below? Okay, okay. Good deal, good deal. Well, the day went as follows: (in present tense, because it's funnier)

I wake up early enough to catch the first showing of Maury. Paternity tests till your eyes bleed. After that I fart around for awhile. Boring, boring, boring. I run to Criminal, pick up some concert tickets, harass some skater guys, then go get a manicure.

Dude, you should see my nails. They are so bright and neon orange they should be doing the Safety Dance. Afterwards, I return home, hang with my friends a bit. We act like idiots and spend our time laughing like stoners. 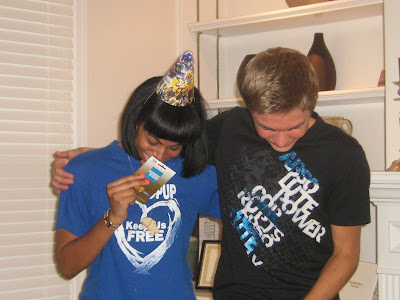 Then we all go bowling. I have some kind of super coupon that allows us to only pay 5 dollars for two games and free shoe rental. We bowl for a bit, all the while trying to avoid the Bratz doll 15 year olds that keep flitting around in little denim shorts and barely there tanktops. And even with all that, these are the things society is having an ish with??

So then it comes time to eat. My cake is at home, but I have carted two boxes of pizza to the alley with me because I have been given permission to by an anonymous Brunswick employee. I am stopped at the door with my pizzas, and told I am not allowed to eat it. Some scuffling later, my homies and I are forced to eat outside, while thunder threatens overhead. Some jokes are made and then we return to bowling. 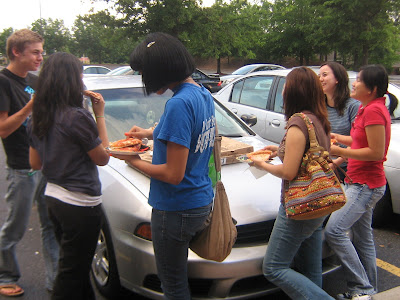 One round late, we join the currently going trivia game. It is obvious that I know all the answers since I answered all the questions we were too late to answer...correct. My team is called Team AA HAKH, since it is the last letter of all our first names. My idea to name the team Team Bowling Hoes goes unheard.

I bowl a 109, but still lose, and then we manage to come in third in trivia. As a result, we win two free bowling passes none of us will use. I have answered the toughest queshes, like in what country did the futon originate (Japan) and what kind of animal was Rikki Tiki Tavi (mongoose). I am declared amazing. This I know.

In the car back to my place, my two friends and I play an epic and controversial game of Would You Rather? I become the WYR master. Some of my questions are:

Some of my friend's equally awesome queshes are:

After that quesh, I added, "and if you had the glass mixture, you had to drink a cup of orange juice." Because I am a sick bastard. And I think making people cringe is funny.

Finally, there is some cake cutting. I cannot properly wield a knife and so an entire cake slice is dropped on the floor. My bad. 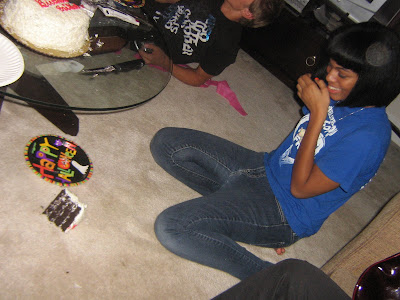 Some more WYR is played. Some photos are taken. People say goodbye and I watch them leave.

It is a good birthday. But the 4th of July ish still remains to be had.

Back Words: AWEsome, Birthday, Get Your Voyeur On, Moi

thats awesome everyone deserves a great b day

Thanks! Espesh since for the longest time...it was not shaping up to be like that!

sounds pretty epic! did you see the post on missbehave about your birthday? sarah morrison found the best birthday video ever for you...i'm soo jealous!

Yeah I saw the post! That video is pretty crazy! I really didn't understand, but I saw Hamtaro so I freaked out a bit...it was epic!

i hate bowling because i suck but, the trivia thing is classic. and so, HAPPY BIRTHDAY and heres to losing at bowling every single time. yessssss!

Haha. Thanks Alex! The guy who was announcing the trivia couldn't even pronounce our team name and he was running all the music off his iPod...it was so ghetto fabulous!

I absolutely adore reading your blog, seriously. It's interesting, it's real, and it's what I want to read. Seriously, everything is way too damn awesome, so keep on keeping on!