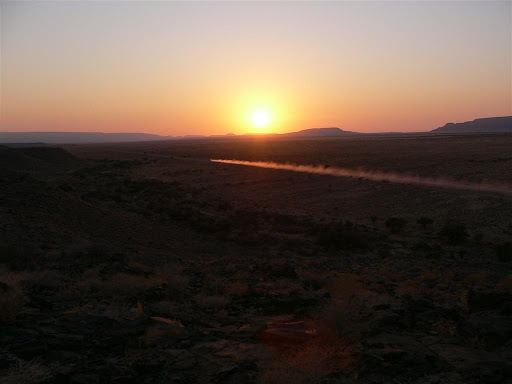 Whoa. Last night was something else. It was some ish that I almost don't even remember. Thank god I wrote it down.

So, if you read the blog last night, you would have seen the post about the Matt & Kim Colt 45 show. It was 21+, but I knew the guy in the band, so my name was supposed to be on the RSVP list anyway. At the last minute my boyfriend decided not to go to the show, so I was left with a gripping decision...go by myself or stay home?! This is when the story goes to present tense and becomes relatively interesante.

At this point, I've already called the guy and told him I'm not going but thanks for the offer anyway. He says it's cool and calls me sweetie. I fumble with the idea of going/not going for awhile, all through Maury and then through two episodes of My Wife and Kids. Finally, I reach the conclusion to just say fuck it and go. Maybe I will get to talk to the bands like the last time I saw them. Maybe I will have a good time and a photo of me doing something goofy or hipster or doing the LA sign will get taken by Oh Snap! Kid and then I will be forever immortalized. Maybe I will run into Portia and her token Greek friend. I am hoping for the last one, because I would like to know if Portia is still in the market for a roommate. Obvi, there are plenty of possibilities.

I call the guy back and tell him I have changed my mind. I leave a voicemail. I wait an hour. No call back. I figure the time to go has passed and other plans must be made. I prepare myself for a night of fun on one. I get in the car and go.

Turns out Marlboros are 3.99 at BP, but only 2.99 at Texaco. Friendly fun fact to keep in mind. I begin driving and driving and driving for days. I go through three counties and stumble upon parts of GA I didn't know existed. I am enjoying the road and my music. Everything is copasetic.
Finally I turn around, head back into Atlanta, and pull up at El Mexicano.

(If you live in ATL and have five dollars, you have to go to El Mexicano. They don't close until 2 am so you have no excuse!)

Everything is not in full swing at El Mex. A few drunk people are laughing, a totally hipster pair of dudes are eating something in the form of a soft taco. I sit in the booth at the end of the wall, right behind this woman who just has plenty of crazy ish going down in her life. I eavesdrop, while eating my complimentary chips and salsa.

Eventually I am the last person in El Mex. I end up watching the current soccer game on Fox Sports en Espanol with the two employees. They turn out to be fun, nice people. My tacos + bowl of chips and salsa + 2 waters= $2.81!

So you know, get to know your local Mexican restaurant owners. They could be cool.

After that I leave and start driving. It's only 10-ish so I can still catch a good amount of the show. I think, "Hmmm, maybe I can just stumble upon the Drunken Unicorn." All I know is it's on Ponce de Leon. I turn left and stay straight. Suddenly, I'm driving through downtown Atlanta. I am not going the right way but so many fucking streets in ATL are One Way so I cannot turn around. I keep going straight.

Some odd one hour later, I am hella lost. I find myself in Oakland City, which is a terrible place to be in the daytime and an even worse place to be at night. I try to compose myself and text my bf since he is a directions guru. Somewhere along text/drive-ing and hoping to not get caught in a drive-by I manage to find I-285. I get on it but everything looks crowded so I jump on I-20 W.

My logic makes sense to me, if I take 20 E to get into downtown Atlanta, I would take 20 W to go the other way. NOT SO. Everything starts looking weird. I start seeing signs for Birmingham. My stomach drops. I burst into tears. I am 113 miles from Alabama. It is 11:30-ish. I call my bf and talk to him in between bawling. He tells me I am going the wrong way and I need to turn around.

I do. An hour and a half later I find myself back in Atlanta. Tears have subsided. It's 1 something. I go home, brush my teeth, take off my pants, and fall into bed. Now that I am awake, everything feels like it was a dream. Well, like I said, thank God I wrote it down.

And all while this ish was happening, I could have been in BK helping Sarah Morrison move!

Back Words: fear, Lost, Oh No ATL, Sarah From The Internet, Women Are Sort Of Bad Drivers

wow!! sounds like a freakin adventure something outta one of those movies..maybe u could make a mini movie on that one night..well atleast u made it home safely!!

I know! I was really worried I would be calling someone at like 2 am like, "Hey, how do I get out of Alabama?!" It was crazy intense. I'm surprised my bf stayed on the phone...I think I woke him up. I guess I'm really lucky!

Holy shit, girl! Your night was extremely stressful, this story seriously makes me happy I don't drive. Cause I would so be the person who starts out in NY and ends up somewhere in Maine when I just wanted to go get some taco bell.

Haha, yeah I think that despite our bitching and protesting and shit, women are not as good drivers as men. I have a terrible sense of direction!