Guestblog: "You're really, really hungry and you're dying to have lunch with me." 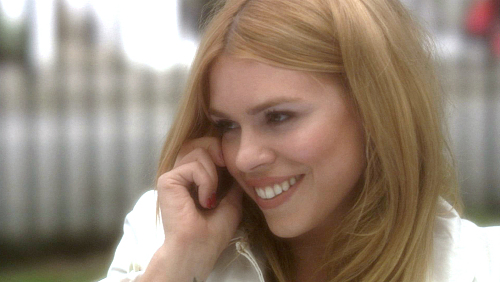 Chances are, if you visit The Disco (as Erika has decided to slangify the blog) frequently, you'd know that the brilliant British series Secret Diary of a Call Girl is something of an obsession here.

Last night's episode was a real killer (my favorite quote from it is in the header), but what I know I'm waiting for is some Ben-prostitution! I'm totally in love with Ben and we all know he and Hannah have done it, but I'm pretty excited to see it go down. Ben is pretty much the cutest thing ever and if I were a prostitute and he reviewed me like that, I'd probably cry. Ben + Hannah 43v3rz!!

Unfortunately, after this episode, we'll only have one left to go until the first season is kaput! What the hell?! But the good news is that starting August 1, Gossip Girl's second season is thirty-one days away! What will keep me TV-company in those three lonely weeks following Secret Diary's end? I know season two has been made already in the UK, but does anyone know if it's been renewed for Showtime? Dying for some scoop on that front. Hannah/Belle has made a summer without Blair/Serena actually livable.

What are your thoughts on Ben and Hannah? If you found out your hot ex and current best friend was a prostitute, what would you do?

On pins and needles (which reminds me I need to catch up on Project Runway...),
Y Sarah

So get schooled. Trust me, it's a lot of fun!

Offical Fan Site of Secret Diary of a Call Girl

Back Words: Secret Diary of a Call Girl, TV Addict

OMG, this episode and the finale of Secret Diary killed me! Soo good, like for reals. Ben is just about the hottest thing on television right now, it's all because of him that I have been searching for a straight, male, best friend. The Ben to my Hannah/Belle has to be as sweet and adorbz as he is on this show, though, drastically reducing the applicant pool. Maybe I should start taking applications over on my blog?

They haven't finished filming the second season yet, so I don't know if it'll still be on showtime. God I hope so.

Do you guys watch Locked Up Abroad?!

It's on Nat'l Discovery and is so intoxicating.

@Alex: I've seen that show! It scares me like America's Most Wanted and that haunted house show on TLC. I get scared easily. The X-Files scared me.

I lurve Ben! When he and Belle were with those swingers and he wanted to kiss Belle and she said no and he was all denied...ahhh, broke my little heart. He's so sweet. He and Belle/Hannah should end up together, but they never will. It's too bad it wouldn't work out. Sigh.

You know what else I really love about Belle/Hannah? She played Rose in the new episodes of Dr. Who and now she's a callgirl!

I know, the first time I saw the show, I was like "is that Rose?" I love Billie Piper, she's so fantastic on Secret Diary and Dr. Who!

And now I really want to go watch Locked Up Abroad. Thanks guys, like I really need to watch more tv.